Our longest running shoe line, every Minx employee owns at least two pairs of these fabulous, last forever feetlets.  Little known fact, they make heels!  Comfortable, durable, yet so, so stylish, your feet will love you for wearing Frye.

Founded in 1863 by John A. Frye, The Frye Company is the oldest continuously operated shoe company in the United States. Mr. Frye ran the business for nearly 50 years and after his death in 1911, his family continued to run the company until 1945.

Frye’s footwear has a long and illustrious history… Frye boots were worn by Union and Confederate soldiers during America’s Civil War, as well as soldiers in the Spanish- American War including Teddy Roosevelt and his Rough Riders. When homesteading sparked adventurous New England families to go West in the mid and late 1800’s, many of these pioneers wore Frye Boots for the long journey.

Frye’s Harness Boot is rooted in tradition and continues to draw influence from the American Cavalry. During a 1938 trip to Washington, DC, John A. Frye’s grandson and namesake met a U.S. Navy Admiral who noted his difficulty in finding the Wellington style he liked so much. As a favor, John agreed to make him a pair. Frye continued to fill requests for these boots through World War II. By mail order, the company supplied thousands of WWII servicemen with Frye Wellingtons, known as Jet Boots. Our boots traveled the world on the feet of U.S. soldiers during the war – even General Patton wore a pair. Today, our classic Harness Boot holds a treasured place in American culture, has been featured in international fashion spreads, and enjoys strong sales in the United States, Europe and Japan.

In the 1960’s, Frye reintroduced the Campus Boot based on its 19th century original. The style featured a bulky toe and chunky heel that came to epitomize the attitude and the style of the 60’s and 70’s. There was nothing like the “new” Frye Boot on the market, and consumers began to demand “Original Frye’s. The Smithsonian Institute, in their search for items to best represent 1960’s America, chose a pair of Frye Boots, which proudly remain on display today.

There was an error retrieving images from Instagram. An attempt will be remade in a few minutes. 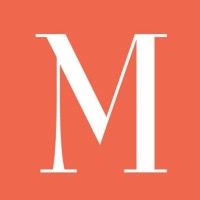